Personal protective equipment (PPE) was among the medical device segments that grew due to COVID-19.

COVID-19, mergers & acquisitions, and innovation spurred notable gains in the sale of medical devices in 2020

The coronavirus pandemic in particular had a notable impact on medical device sales. The report reveals that COVID-19 related product demand impacted all markets, all regions, and all vendors to some degree in 2020, and has continued through the early months of 2021.

Kalorama Information forecasts the global medical device market will continue to grow more than 3% annually through 2025, with sales cooling down in 2022 as markets stabilize and economic recovery becomes prevalent.  In 2023, growth is expected to reemerge and produce steady performance through the end of 2025.

Medical devices include any instrument, apparatus, appliance, machine, contrivance, implant, in-vitro device as well as any accessories or related components that facilitate any or some of the following functions pertaining to a disease, injury, or condition of handicap: diagnosis, prevention or monitoring, and treatment.  Kalorama Information’s research shows that the largest individual categories of medical devices are:

Out of all the major medical device categories, the COVID-19 pandemic had a major hand in market growth for PPE during 2020.  The market increased by more than 190% over 2019 as a result of the pandemic.  It is expected that for 2021 and potentially some of 2022, health facilities and practitioners will continue to replenish shortages of PPE and prepare for additional unforeseen health pandemics in the future with some degree of stockpiling.  Additionally, several governments around the world have placed orders for PPE in attempts to not be without this essential tool in the event of future pandemics.

Beyond the impact of COVID-19, the overall medical device market is ripe with both acquisitions and innovation. Acquisitions drove growth, as there have been more than 300 significant device market mergers and acquisitions (M&A) since 2015.  In total, this amounts to the exchange of more than $400 billion over the six years. And as of early 2021, there is nearly $40 billion in pending M&A activity in the medical device industry.

In addition, companies operating in the market remain optimistic and seek innovation. Kalorama Information estimates that medical device companies spent an average of 8.2% of revenue on R&D during 2020, up from 8.1% in 2019.  For example, innovations from Chinese manufacturers working closely with foreign companies include reusable sutures, portable ultrasound products, low-cost stents and patient monitors. Such innovations borne out of the Chinese healthcare market are important not only in steering foreign participants’ business development strategies, but also in establishing China as a base for greater exports to regional and overseas international markets.  China is already home to an estimated 15,000-16,000 domestic medical device manufactures. The United States’ medical device market is the largest in the world, but China is one of several emerging markets that will continue to drive growth and innovation. Other emerging markets include India, Turkey, Romania, South Africa, Saudi Arabia, South Korea, Poland and Brazil.

For more insights like these, purchase The Global Market for Medical Devices, 11th Edition by Kalorama Information at https://kaloramainformation.com/product/global-market-for-medical-devices-11th-edition/. Single-use or disposable biomanufacturing replaces stainless steel tanks, bioreactors, and plumbing with plastic, to provide flexibility, agility, and speed to the production of therapeutic proteins. A recent market study estimates demand for for Single Use Upstream Processing to grow at up to 15% per year through 2021, when demand will reach $3.7 billion..

As disposable processing worked its way from less critical steps (e.g. media and buffer storage) to more critical unit operations (cell culture, filtration), extractables and leachables (E&L) became a cause of concern. Leachables are chemicals that migrate from the single-use container into the process solution during normal use. Extractables, a subset of leachables, are found when single-use equipment undergoes heating or contact with solvents. 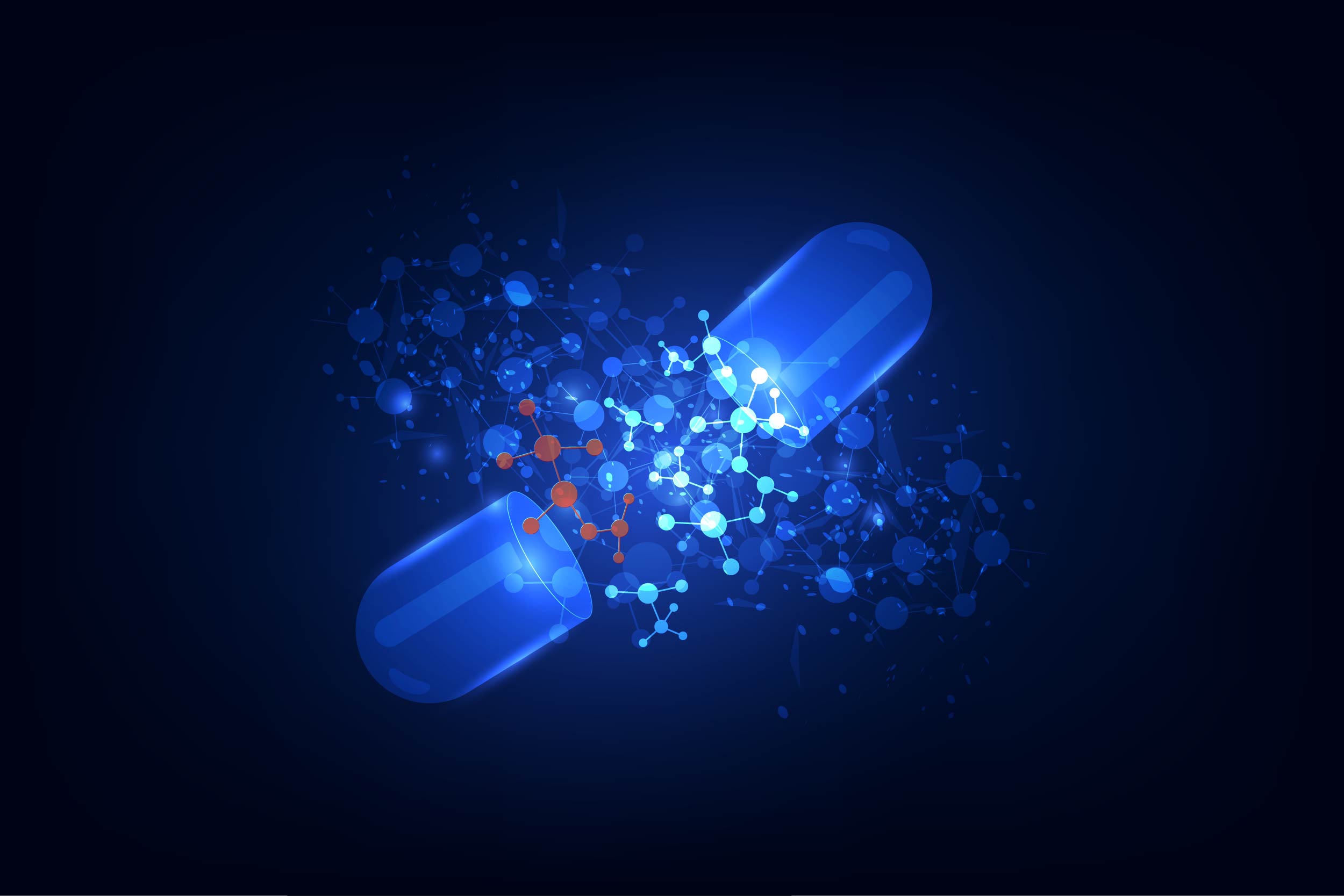 Just as consumers are concerned about chemicals from plastic packaging entering their food, biomanufacturers worry about the effects of E&L on patient health. E&Ls may interact unfavorably with, or even neutralize, biopharmaceuticals, thus rendering medicines ineffective. Moreover, the toxicology of plasticizers, slip agents, surface enhancers, monomers, and initiators normally found in plastics opens up a closet of unknown, potential health effects.

E&Ls affect the health of cultured cells as well. A study by Amgen scientists confirming that a common anti-oxidant additive to plastics inhibits cell growth is just one of many such investigations. For a fanatically risk-averse industry like biotech cell toxicity, the potential for human toxicology, and the prospect of falling out of compliance suffice to warrant action.

As the the senior expert on E&L at Nelson Laboratories, Matthew Jorgenson, Ph.D., oversees the design of E&L studies in a dynamic regulatory and competitive environment. Nelson Labs also educates manufacturers and interacts with regulators on the science and regulation of E&Ls.

Nelson explains that over the last several years E&L testing has become significantly more complex and sophisticated. “Five years ago, an extractables study involving measurement of dried residuals by FTIR only was considered acceptable. Today, methods once common only to pharmaceutical work have been streamlined and applied more universally to medical devices and single-use biomanufacturing devices.” Today, extractables studies involve the use of multiple solvents plus analysis for metals, volatile organics, semi-volatile organics, and non-volatile organics using chromatography and mass-spectroscopy.

“The application of chemistry, vs. biological, data to make determinations regarding the use of devices and patient safety is relatively new. In vivo and in vitro biological tests, for example modified Eagles medium (MEM) elution for cytotoxicity, and chromosomal aberration for genotoxicity, have traditionally dominated the evaluation.”

Manufacturers and regulators now accept that chemistry tests provide more detailed and better-predictive data for systemic toxicological effects of E&Ls than biological testing. The evolution of these tests has been rapid as the adoption of single-use bioprocessing continues.

“Biocompatible plastics represent a tiny sliver of the overall plastics market, diminishing the motivation for raw material suppliers to accommodate the stricter standards of end material with reduced E&Ls,” Jorgenson says. Instead, suppliers have focused on reducing E&Ls by employing higher-purity homopolymers (plastics consisting of a single subunit). “Part of the shift to low E&L-releasing plastics has been the increased use of chemistry testing in material evaluation and the upcoming enforcement of regulations requiring the use of CMR-freematerials.”

In this climate, where E&Ls will remain an accepted risk in single-use bioprocessing for the forseeable future, the object is to characterize, understand, and control the implications of E&Ls rather than to eliminate them. Major stakeholders are therefore focusing efforts there, and on developing appropriate regulatory standards.

At the same time the regulatory landscape is changing rapidly. The recently released ISO 10993-1standard, for example, shifts the focus towards evaluation of single-use plastics using a risk-based approach to evaluating biocompatibility. “And the ISO 10993-18 standard, on ‘chemical characterization of materials,’ which is in the final revision stages, will dramatically update the current acceptable approaches to E&L,” Jorgenson says. “There has been a lot of movement and feedback from the FDA regarding what they expect from these studies. Just within the last six months, our perception of what regulators expect in terms of E&L has changed quite significantly.”

Special thanks to Angelo DePalma, PhD for his contributions to this article. There is IVD sold almost everywhere in the world but revenue growth is not found everywhere. For most of the top IVD companies, adding scores of millions in growth would be helpful to business plans. That’s why growth regions such as Latin America offer promise beyond their market size. The maturation of IVD markets in developed countries (growth rate 1%-2%) has IVD companies casting their nets in developing countries where rising incomes and standards of living are anticipated to spark a new health consciousness population with growing demands for quality medical care.

A New Report From Kalorama Information Projects $1.5 Billion in as-yet-unclaimed market dollars in the Latin American in vitro diagnostics market in the next five years.

Latin America (LATAM) is a key target for IVD manufacturers.  Kalorama’s report, IVD in Latin America, focuses on the market for reagents and instruments in the most important countries of the continent. Argentina, Brazil, Chile, Colombia, Mexico, and Peru are singled out for a deeper level of analysis; the countries of Bolivia, Costa Rica, Cuba, Dominican Republic, Ecuador, El Salvador, Guatemala, Guyana, Haiti, Honduras, Nicaragua, Panama, Paraguay, and Uruguay are also considered to provide a complete overview of the region. Combined, these countries represent a population of 626.5 million; a large potential IVD market audience. Brazil and Mexico represent the two largest countries in terms of population, accounting for more than half of LATAM total population. For this reason, these two countries have been the focus for many IVD suppliers in recent years.

However, as economic conditions strengthen in other countries and demand increases for quality health services, there are additional opportunities in countries such as Argentina and Chile.

The estimated GDP for the countries studied in this research is an average of 0.1% annual growth for the year 2017 but consists of a declining GDP for Venezuela; excluding Venezuela, the region records 2.2%. GDP per capita is reported at $16,635 on average for the region.

Inequalities and social deprivation are always present in Latin America, where poverty is not declining; in fact, it sometimes increases. Although not all the countries in Latin America present similar circumstances or have the same players, there is a permanent and historical social inequality present in all countries of the region. Throughout the region there are highly educated citizens with high economic income; while there are also citizens without or with low education with financial struggles.

Over the last years, the countries in the Atlantic zone grew more rapidly than those in the Pacific zone, basically because of the rise in the price in commodities, currently slowing and declining. Venezuelan, Argentinian and Brazilian currencies have experiences wide currency fluctuations, mostly declining in value. Additionally, both Argentina and Venezuela are going through a high inflation rate process.

The total revenues calculating the IVD market in LATAM are generated by the sales of reagents, consumables, controls, calibrators and solutions categorized in well-defined segments. The market for IVD in Latin America is estimated at $2.4 billion in 2018 and will grow at 8.4%. That’s nearly one billion and a half dollars of extra market value that companies will compete for. Population growth, government insurance, newly insured patients and updated healthcare facilities will drive growth.

Brazil is the largest in vitro diagnostics market within Latin America and represents 45% of the market. Mexico ranks second with an estimated 19%.  Brazil, Chile and Colombia are among the highest growers.

Abbott Laboratories is a global, diversified healthcare company active in pharmaceuticals, nutritionals, devices and diagnostics. Abbott’s diagnostic product strength is its sheer presence worldwide. In LATAM, the company dominates in immunoassay-based microbiology and molecular microbiology, and is competitive in all countries in immunoassays.

Becton Dickinson (BD) is a leading global medical technology company that develops, manufactures and sells medical devices, instrument systems and reagents. Founded in 1897 and headquartered in Franklin Lakes, New Jersey, BD employs nearly 30,000 associates in more than 50 countries throughout the world. The company serves healthcare institutions, life science researchers, clinical laboratories, the pharmaceutical industry, and the general public.  BD has operated in China since 1994 and in India since 1996. In LATAM, the company specializes in microbiology, flow cytometry, and molecular solutions.

bioMérieux is present in more than 150 countries through 39 subsidiaries and a large network of distributors. bioMérieux is best known for its microbiology business that includes immunoassays, traditional microbiology, and chromogenic media; however, the company is moving to capitalize on its acquisition of Organon Technika’s molecular technology, BOOM, and NASBA technologies.