The In Vitro Diagnostics Market

Welcome to Kalorama Information’s In Vitro Diagnostics page! You’ll find all the information you need concerning the in vitro diagnostics industry through our market research reports, blog posts, press releases, videos, and multimedia, consolidated for your convenience. 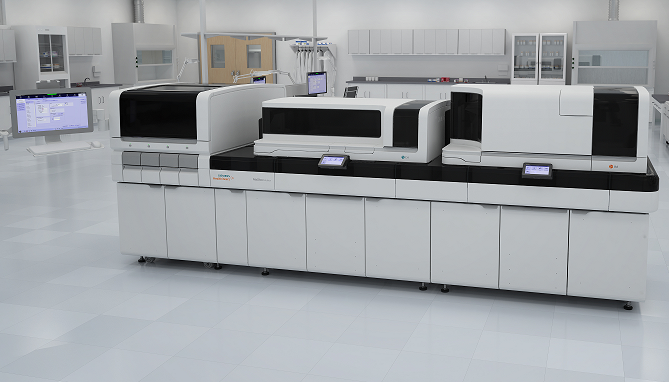 Who is Watching In Vitro Diagnostics?

Obamacare, IVD, and the AHCA

Kalorama noted mixed opinions on the AHCA, and that the IVD industry has larger priorities.

Spending on core lab systems spiked between 2013 and 2015 in anticipation of the ACA. Rising demand for core laboratory tests and surging test volumees could shrink if enough Americans lose healthcare. 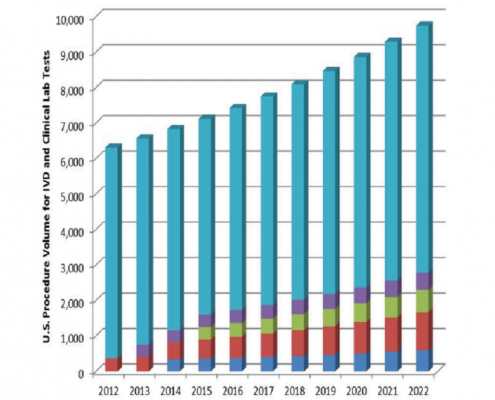 Lab diagnostics automation is more common; assays in coagulation, infectious diseases, proteins, diabetes, and HPV are developed for automated clinical analyzers. Systems for urinalysis, coagulation, and microbiology taking their places alongside the hematology, chemistry, and immunoassay instruments within a single core lab.

One area of in vitro diagnostics that is receiving a high amount of attention is direct to consumer IVD testing. 23andMe and Ancestry.com and providing healthcare tests along with ancestr DNA testing. This is popular with some consumers but can be concerning for healthcare providers and regulators.

POC testing has contributed heavily to diagnostics market growth over the past 10 years. Health insurance giants Aetna, UnitedHealth, Kasier Permanente – together with research organizations and IT companies – are collaborating to personalize medicine using big data.

POC testing has contributed heavily to diagnostics market growth over the past 10 years. Health insurance giants Aetna, UnitedHealth, Kasier Permanente – together with research organizations and IT companies – are collaborating to personalize medicine using big data. 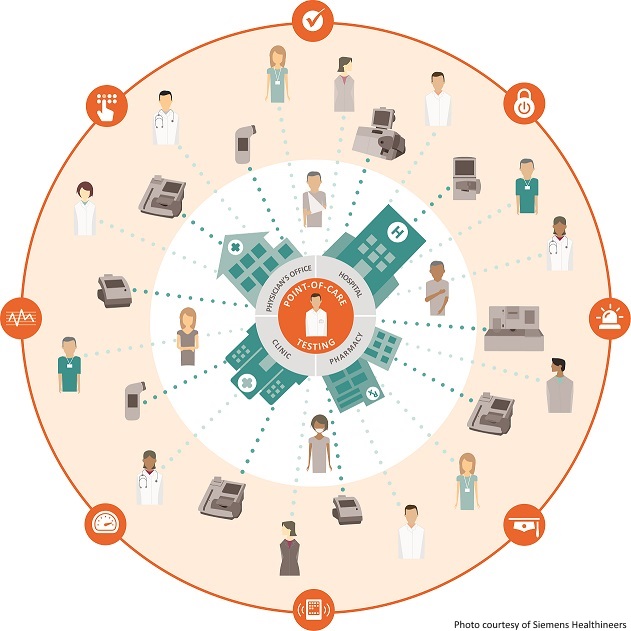 Immunoassays are important in the IVD instrument market and have been crucial in clinical lab medicine since the mid-1960s. Immunoassays are used to diagnose and monitor diseases & conditions. Among the different types of immunoassays:

Since the publication of the human genome, immunoassays have been revitalized, generally referred to as post-genomic medicine. Post-genomic medicine employs tests based on protein, and nucelic acid targets derived from human genome research. Gene identification comes first, followed by detecting physiological elements such as proteins, hormones, and enzymes expressed by genes.

Proteins, enzymes, coenzymes, and other cellular elements are major players in metabolic pathways that promote and predict disease evolution. This combination of genes, proteins, and pathways makes for a comprehensive toolbox for post-genomic science. 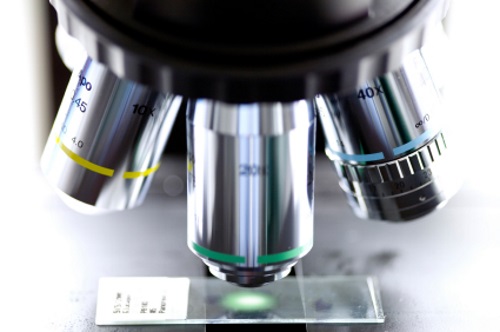 From Patients to Providers: Transmitting Information in IVD

Diagnostics are about information delivery. Transmitting usable, valid info to healthcare providers and patients is crucial to lab operations. Significant trends in IVD include:

Routine laboratory tests in chemistry, immunoassays, urinalysis, microbiology, coagulation, and HPV cytology are consolidating into the core lab. More analytes previously found only on dedicated immunoanalyzers have migated to consolidated work stations, including 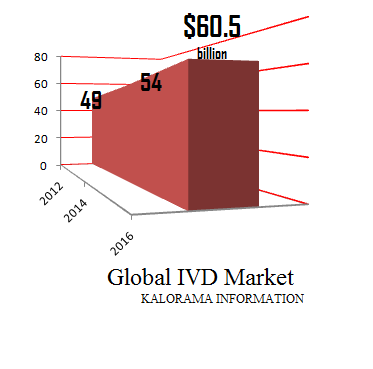 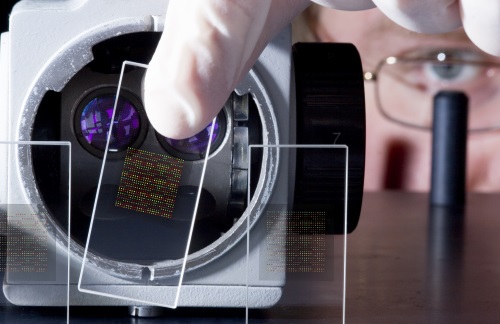 2. Nucleic Acid testing (DNA Testing):  DNA testing has decreased test turnarounds from as long as a week to days (sometimes from days  to hours). DNA testing provides specific genus/species information for pathogens necessary in epidemiological studies and for therapeutic decisions.

Infectious diseases are often associated with developing countries, but they are also major causes of morbidity in Europe and the United States. A worldwide effort is necessary to stymie the effects of emerging pathogens, mass migration, global travelers, misuse of antibiotics, and co-infection.